With an elevation of 5587 m, Mardi Himal is situated within the Annapurna zone. Mardi Himal Trek is becoming more popular day by day due to the shorter distance and exceptional views. If you don’t have enough time to reach either ABC or EBC, then this is a better option for Mardi Himal Trek 5 days. If you want to spend time with the locals. Mardi Himal Weather and Package will have comfortable homes ready to serve you.

The high camp of Mardi Himal is situated at a height of 3850 m. This is the trek’s highest point of rest. Annapurna South seems to be near enough to smash at a rock, and Machhapuchhre is close enough to touch himself.

The 5-day trek begins in Pokhara and ends in Pokhara as well. The trekking starts at the beautiful Phewa Lake from Pokhara by boating. You’ll travel to Kande after boating and spending time there. We’re going to reach Pothana with amazing views of the snow-capped mountains on the trail. And we’re going on the road from Low Camp to High Camp from there.

Inside two days of trekking, you will encounter a picturesque mountain setting overlooking green hills, snow-capped mountains, and walks through the lush forest with beautiful rhododendron and oak. On the way to Trek, it will be a fantastic moment to see the mountain ranges of Annapurna, Dhaulagiri, Mt. Machhapuchhre (Fishtail) and Manaslu. Mardi Himal trek 5 days is the shortest trekking trail which reaches to 4500 m high altitude as well as takes only 5 days trekking from Pokhara. This trek is one of the best alternative trek of Annapurna region so we will suggest for every visitor.

The trip starts from Pokhara, drive to Kande on the Pokhara Baglung highway for about 40 minutes. The path climbs to the peak at 2,060 m for about 1 1⁄2 hours. The lodge settlement clearing in the forest is known as' Australian camp.' The place is scenic with panoramic views of the Annapurna range and the valley of Pokhara. The trail winds further to the mountain pass called' Deurali' through the rhododendron forest. Deurali, wedged between Annapurna South and Mardi Himal, overlooks the Modi Khola gorge.

Following the ridge, the trail climbs slowly through the rhododendron trees. The low camp has some tea houses in the forest clearing. It seems much closer to the view of Mt Fishtail and Mardi Himal. You are closer to the clear blue sky with a glimpse of the Himalayan foothill layers and the sweeping south valley. Note: In agreement with the guide, you can walk 1 more hr to Badal Danda (Cloud Hill) above the treeline. Badal Danda has only one cabin.

Higher up the mountain, the trail climbs to Mardi Himal and Mt Fishtail. We leave the tree line from Badal Danda and arrive in the shrubby alpine forest. Annapurna South, Huinchuli and Fishtail snow capped peaks appear on either side in a distance above the deep valley. After the climb, the high camp is a small pasture with three lodges. You're above the clouds here and near to the snow-capped peaks.

With steep climbs and longer walks, the day trip is more challenging than other days. With rough and steep rocky steps at some stages, the trail becomes more vertiginous. The first steep climb to the top of the ridge, marked as MBC (Mardi Himal Base Camp), will take about 2 hours. The actual base camp, however, will take another 2 hours along the mountain. The view along the hill is incredible. While Mardi Himal and Mt Fishtail appear just above us, views of Annapurna I, Gangapurna and Annapurna III appear at a distance as well.

DAY 5: BACK TO POKHARA

Down to the basin of the Mardi River and return to Pokhara. It will take about one and a half hours to get to Pokhara in a four-hour time. The first hour is a dirt road drive.

Best Time to Trek at Mardi Himal Base Camp

Just small trekking groups with tents and catering staff accessed the Mardi Himal trek for a long time. The trek follows beaten shepherd trails as it still offers grazing in the summer. The trek was opened officially in 2012 and remains untouched. There are limited basic facilities for tea houses. This is a relatively easy and untouched short trek not far from Pokhara. Yet with cultural experience, beautiful forest walks, and alpine scenery, it is highly diverse. The altitude rise becomes more incremental as the trail mainly remains along the mountain.

The other time of the year is the best time for Mardi Himal trek Nepal except for July and August. It is beneficial to have some level of fitness. Although it does not require direct climbing, you have to walk through some rocky areas near Mardi Himal High Camp. The hardest part of this trek is from Mardi Himal's high to base camp. A rough6-hour trek across the rocky mountain landscape.

How difficult is it to trek Mardi Himal?

Beginner trekkers found the trek to be a mild challenge. Okay, for most trekkers, compared to many other treks, it's a simple trek. These days you can choose from several choices depending on your tolerance of difficulty. You can choose the duration of the trek according to your wishes from 4 to 10 days. The trek can be personalized and is appropriate for people with no experience in trekking. For the trekker, the longer the trek, the better it is.

Mardi Himal Trek is a tea house trek, meaning there are plenty of places to rest on the way. As there is no vertical climbing, the trek is also appropriate for everyone. The route is pretty easy and does not require hard climbing or so. On this journey, you have to walk about 5 –6 hours a day. Beginners also find it a bit challenging to climb the long climbs. But it makes the journey enjoyable to rest points along the way.

Throughout the road, there are a number of tea houses and other resting places. There is no problem with altitude sickness due to the well-organized tea houses and resting points. So it's going to be easier than expected to rise to 4500 m. There is also the viewpoint of Mardi Himal in that elevation. High-end trekking equipment such as ropes and ice picks are not needed. There's no fast vertical climbing. That's why everybody can do it.

But, from the high camp, the hardest part is hitting the base camp. The roads are steep and rugged, making it a difficult part of the trip. The trails along this trek's route are rocky and not paved.

When it rains, it can get a bit difficult as the roads may become slippery. The woods can also become muddy in the rain. But it will lead to a pleasant and unforgettable trek with adequate rest and proper hydration. 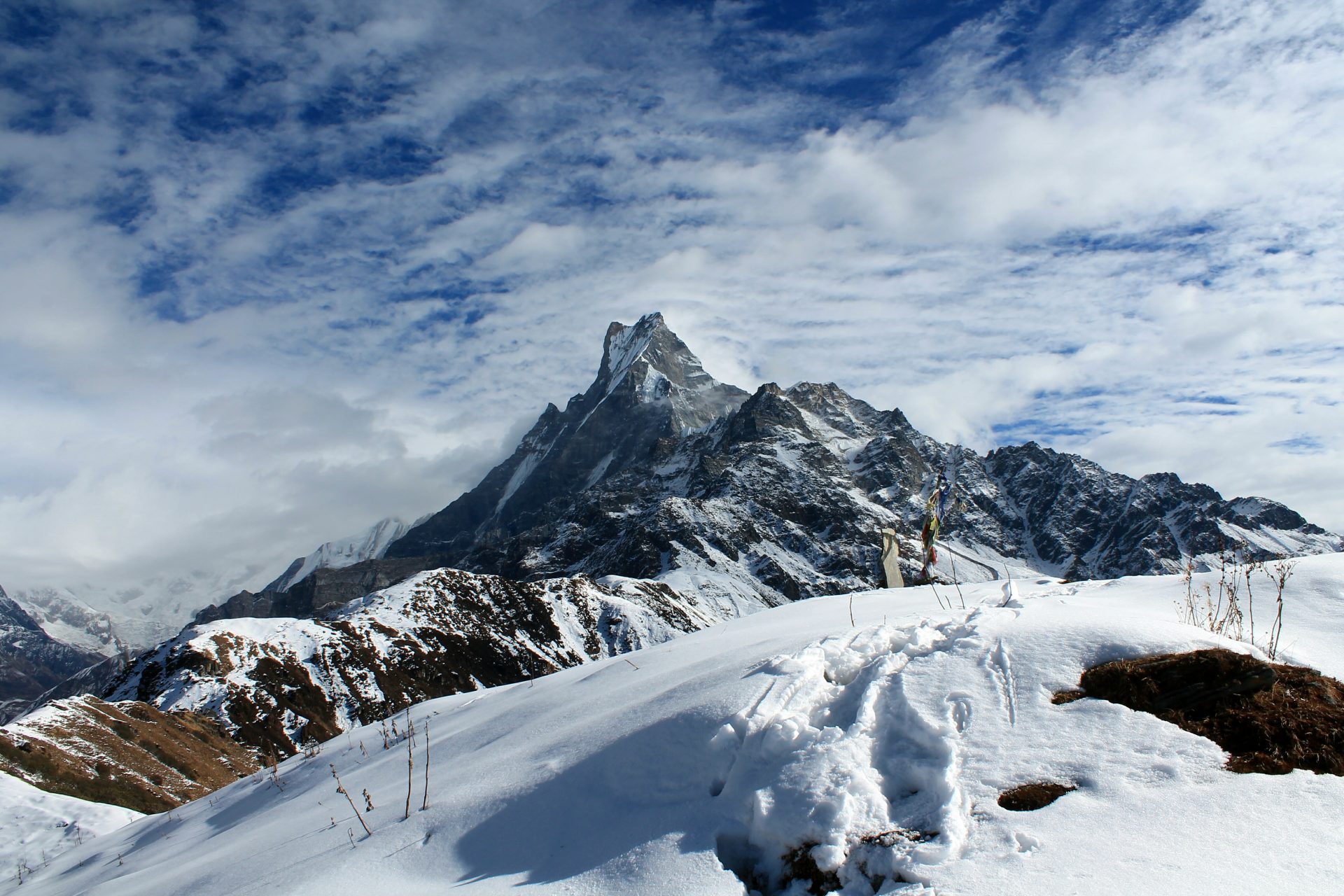 The Mardi Himal Trek opened up for trekking in 2011. The newly opened Mardi Himal trek offers unspoiled natural beauty. It is a hidden gem among all the glorious trekking options the .. 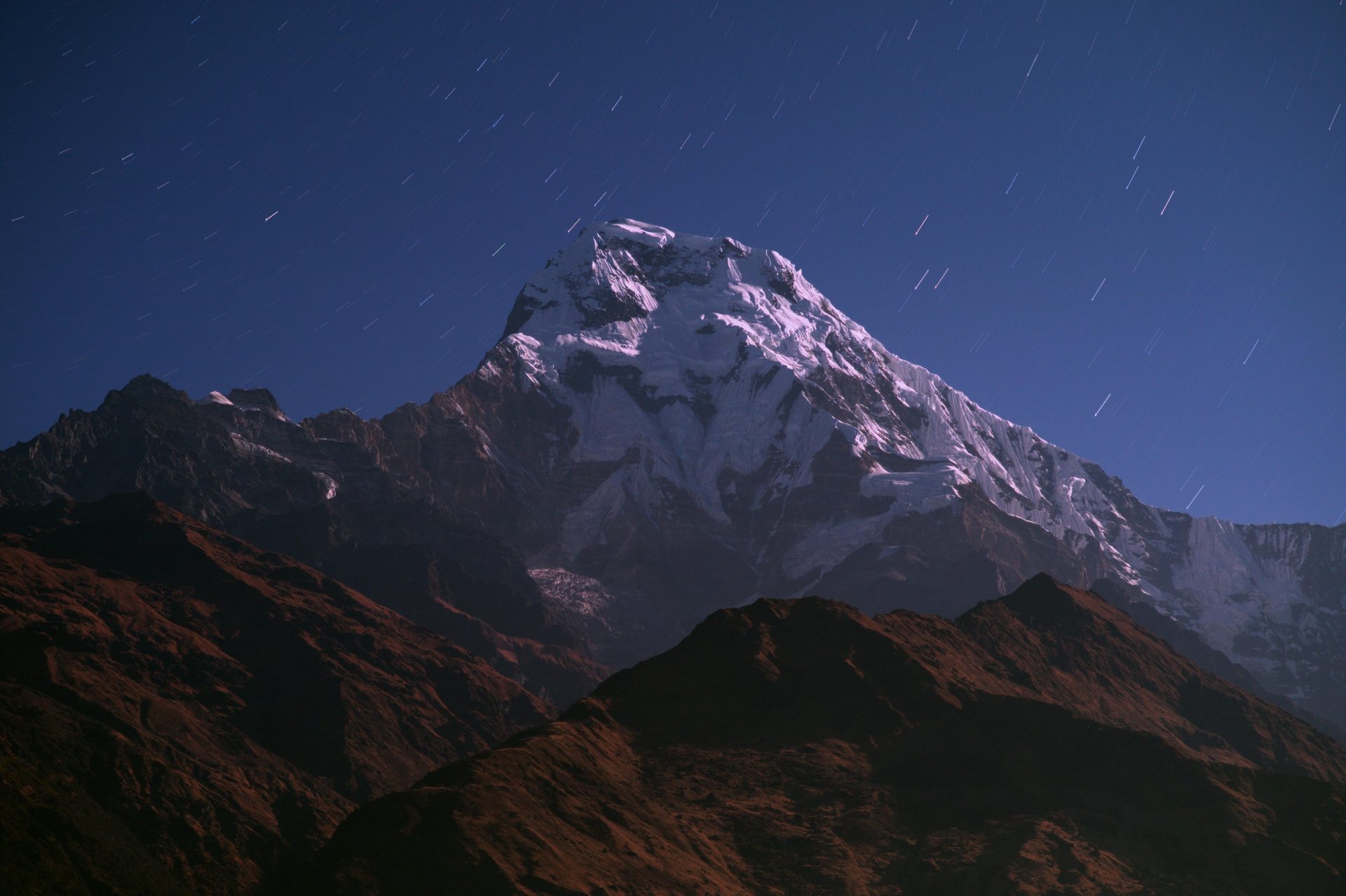 Ghorepani Poon Hill Trek is bliss to most of us. Ghorepani trek is an amazing eco-trail. You can experience and explore the nature, culture of the area. 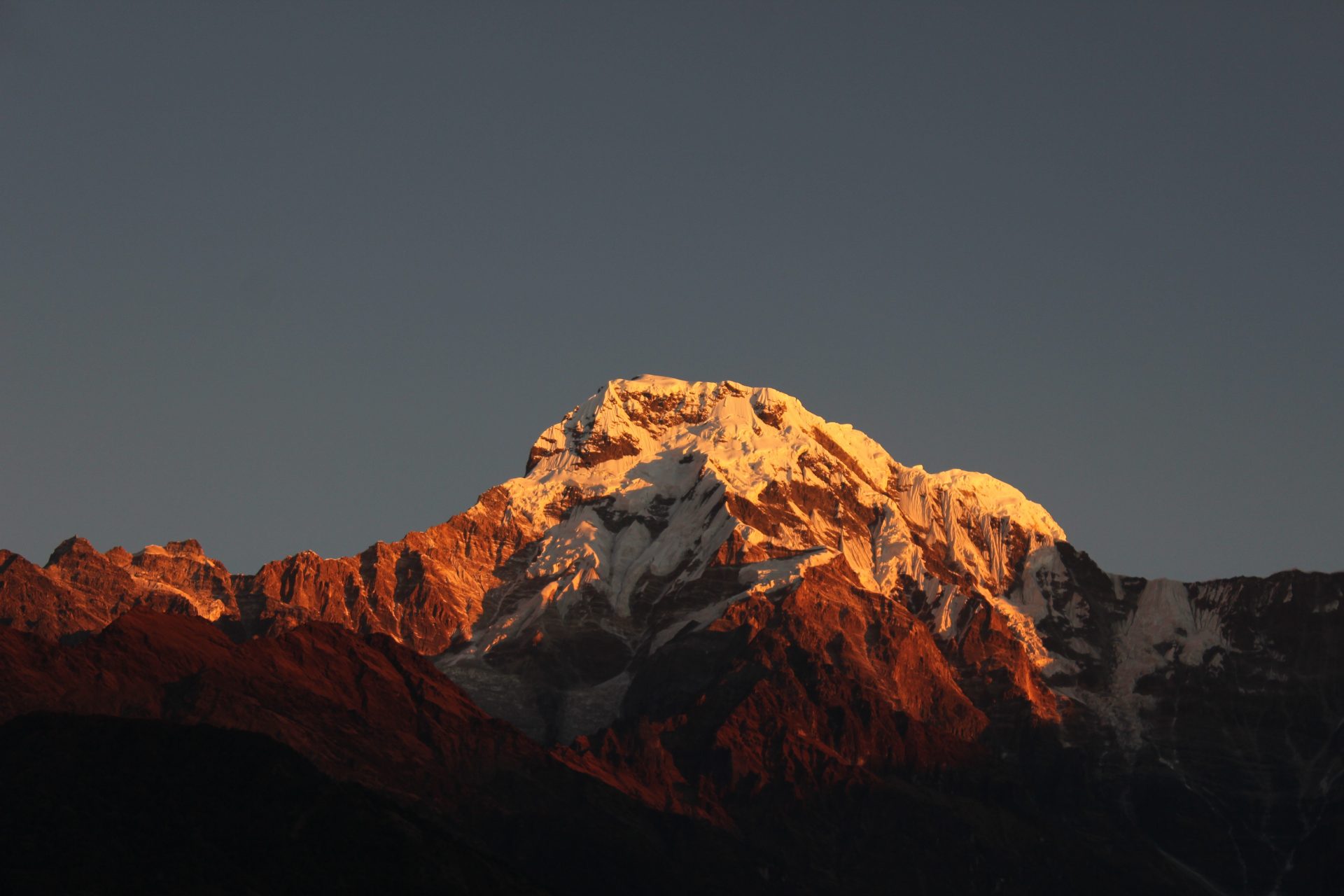 Annapurna Base Camp Trek also called Annapurna Sanctuary Trek is a legend among classic treks. The scenario is a blessing to the naked eyes.