Lukla is where most treks in the Everest area begin and Lukla Airport–Tenzing Hillary Airport is often described as the world’s most dangerous airport. Lukla is in Nepal’s Solukhumbu area at 2.860 m above sea level. The single, sloped runway began life in 1964, at Sir Edmund Hillary’s initiative. Only very experienced pilots are allowed to land due to the difficulty of successfully landing at airport.

There are options for getting to Lukla from Kathmandu. The famous airplane voyage to the most dangerous airport in the world is not the only route. We flew into and out of Lukla, walked in from Phaplu and took various bus and flight journeys to get to the EBC route.

We all know that flights to and from Lukla are notorious for delays and cancellations. While we can’t deny the contribution of the infamous wind and clear fog, Kathmandu airport’s traffic congestion is another important factor that has made things worse lately.

We have seen several instances in the last season where the trekkers were forced to nest for several days in the cold floors of Lukla Airport despite the weather being advisable to travel. At Tribhuvan International Airport the situation is so bad that even flight with Hon. Due to the severe air traffic congestion, the Prime Minister on board was put on hold for a good 20 minutes. And this just gets worse.

Ramechhap Airport is therefore a perfect alternative for flying to Lukla, as this airport is dedicated solely to operating Lukla flights.The Himalayan weather is pretty unpredictable, and the weather changes very quickly. Because of this, when the weather turns grim, Lukla Airport shuts down pretty quickly, and even opens up quite quickly when it clears up. Right now, TIA cannot afford to look at the situation of the unreasonable Lukla flights with many sectors to look at. But this problem is solved by Ramechhap Airport as it is dedicated solely to Lukla flights and can open at any time, increasing the chance of flying to and from Lukla.

Reaching Ramechhap is about 5 hours driving through BP highway from Kathmandu. The 153 kilometer highway is a good road. We may plan to start very early in the morning from Kathmandu to reach there about 7 am to catch the flight after 8 am. If we get flight seats before 8 am, it’s better to drive earlier one day, and stay there overnight. Easy hotels in Ramechhap, Manthali, offering local foods. Private cars are always convenient. Regular local busses are available in old bus park Ratnapark, as an option to make your budget cheaper. 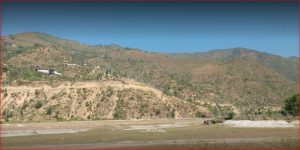 Ramechhap’s small local domestic airport is situated at Manthali’s Tamakoshi River bank. Now the airport has a well paved runway and small car park but bigger than the airport of Lukla. Later airlines Tara, Kashthmandap, and Goma used to fly freight from Ramechhap to Lukla.

After flying from Ramechhap to Lukla, the result shows that flying from Manthali airport to Lukla is a better option than Kathmandu, in order to avoid air traffic at ITA airport, which often caused the flight to be delayed for an hour to two hours, and later Lukla’s weather did not allow flight.

Since Lukla is the path to Mt. Everest “Top of the World 8,848 m” this is why many trekkers around the world visit the Everest Base Camp Trek, Everest Short Trek, Everest 3 Passes Trek, Gokyo Lakes Trek, Gokyo Chola Pass Trek, Everest Expeditions and other trekking and expeditions. Fly to Lukla is Khumbu region’s most popular destination for trekkers.

Domestic airline companies conducted nearly fifty flights to Lukla daily during high season trekking, according to the TIA. So, Nepal’s Civil Aviation Authority (CAAN) has also asked all airlines to conduct more Lukla flights from Ramechhap airport in the coming autumn 2019 trekking season as well. But it’s not easy for the trekkers to travel off the Ramechhap due to the lack of simple tourism fundamentals and a quite long distance from Kathmandu.

Salleri to Everest Base Camp Trek

Your shortest alternative to Lukla is Salleri or Phaplu to Everest Base Camp Trek. This route takes you on a trip through the mid-hill highs and lows through real villages, populated by ethnic groups such as Sherpa and Rai. Here, mules will greet you more often than travelers. Mules are one of the most popular means of transport to higher altitudes for food and supplies. Walking through this path, however, will definitely give you a beautiful experience.

Salleri Everest Base Camp Trekking is not a new route but is a new access to trekking in the Everest region. Salleri is the Everest region’s administrative center which falls in Eastern Nepal. And while trekking to Everest Base camp via Jiri the Salleri is close to Ringo (3 hrs. walk).Before the road link to Salleri from Kathmandu, trekking to Phaplu-Everest Base Camp was only possible by flying to Phaplu somehow the weather instability still made this trek unreliable. And now flying alternatives to Phaplu and Lukla have been possible with the opening of a direct road link to Salleri, a Solukhumbu district headquarter. Salleri is located about 20 minutes ‘ walk from Phaplu.

The 9/10 hour direct jeep ride brings you from Kathmandu to Salleri, and the trek begins from Salleri and ends at Lukla or vice versa. If you start trekking at Lukla and end at Salleri / Phaplu to minimize the risk of bad weather to miss your international flight, you have to hike down to Salleri for another 3 days and catch a jeep to Kathmandu for that.

Kathmandu to Lukla and Lukla to Kathmandu Helicopter 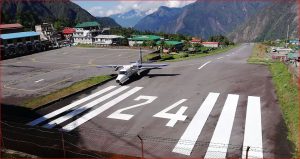 Lukla is widely known for lodges, catering supplying trekkers and traditional houses with Western-style meals. Being the Everest region’s gateway, this is the first point for trekking to Everest. Trekking to include Everest Base Camp Walk, trekking in Gokyo Valley and trekking in Namche Bazaar. The short and steep runway makes the world’s airport unsafe.

It remains closed from 1st April to 30th June 2019 due to runway repairs at Kathmandu International Airport. Maintenance time is every day from 10 pm until 8 am. We had a Helicopter flight from Kathmandu to Lukla Airport early in the morning. Now, that is not probable. Holding travelers ‘ needs and requirements in mind, Ramechhap’s Manthali Airport began providing the facilities for Plane flights. Never fear, we (Nepal Hiking Adventure Company) provide all year round Kathmandu flight to Lukla Airport every day. Even if you have to get back to Kathmandu from Lukla let us know for a better and safe flight.

The trek from Jiri to Everest Base Camp begins with road transport from Kathmandu to Jiri, from where the trail ends. Known as the’ Classic Everest Trek,’ this trek is ideal for those with plenty of time and also helps hikers to acclimatize well to the altitude before ascending to the beautiful Everest viewpoint at Kalapatthar, which is the highest point of the trek at about 5,500 m.  At the end of the journey, this is a short flight back to Kathmandu from Lukla airport.

When walking through breathtaking scenery. It’s hard not to think of the old mountaineers who not only paved the way up Everest but also the trekking trails that are now world-famous. 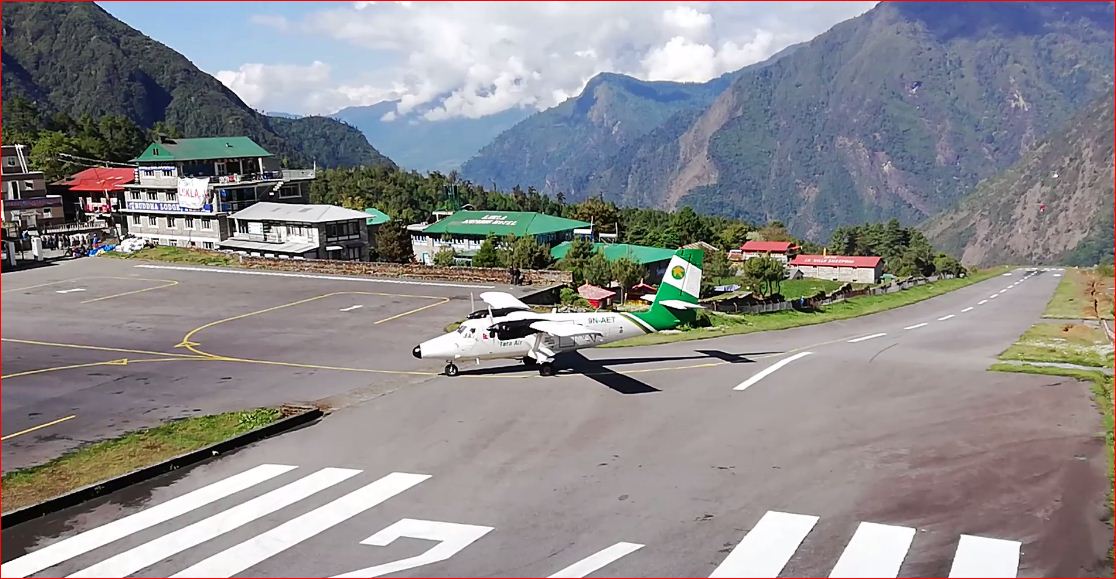 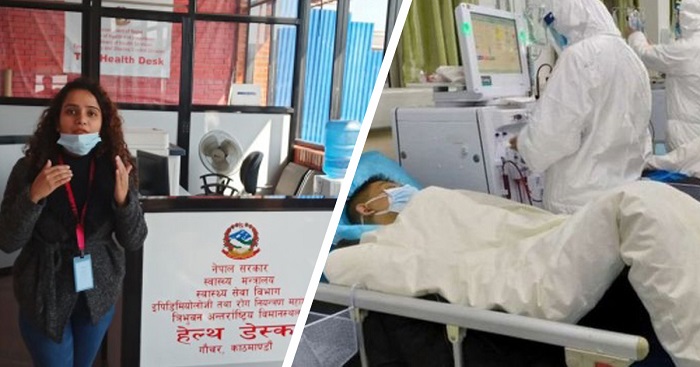 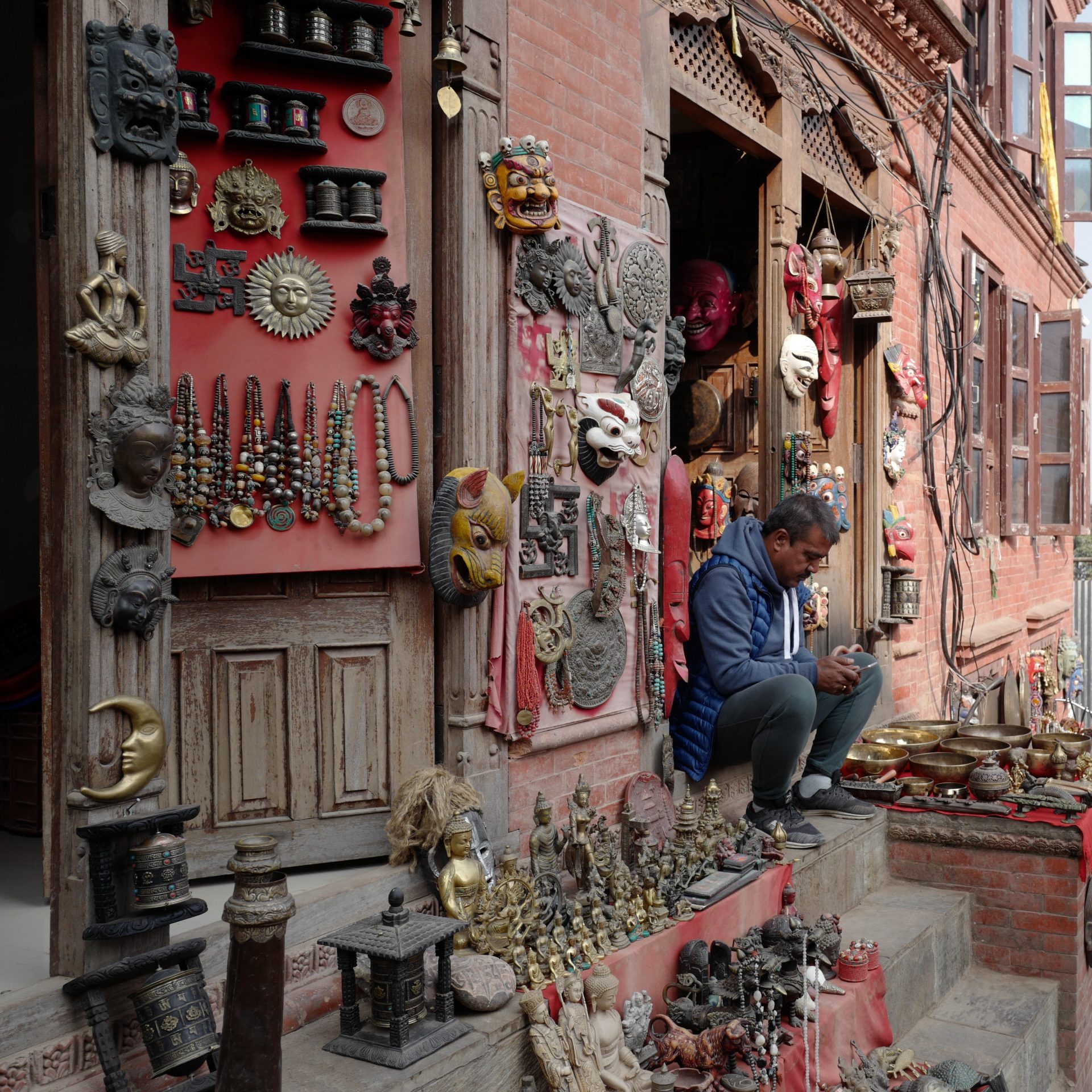 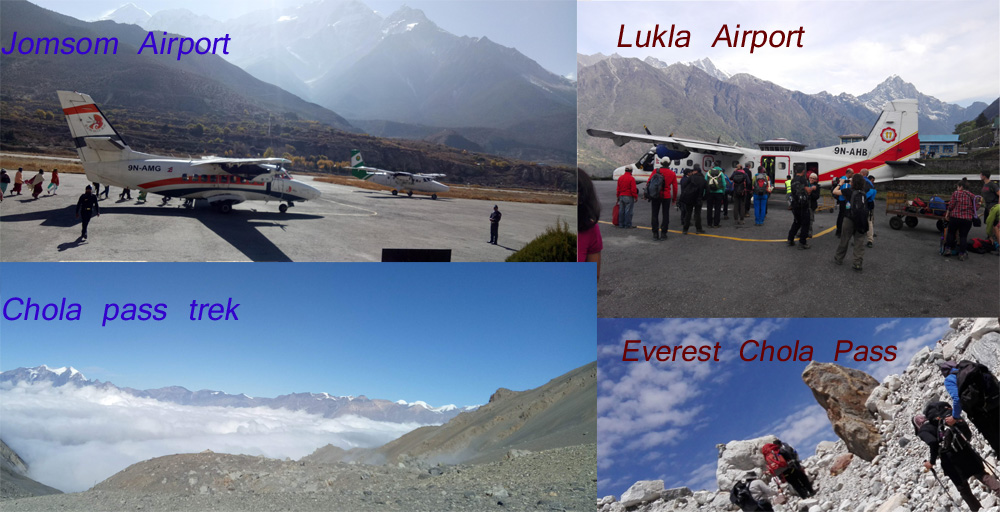